Sad news from the numbers

Unfortunately one of those people used to play with my son as they grew up in Athens. He was 22.
He wore his seat belt. He was sober and drug free. He was on a 55 mph roadway. He was probably going too fast.
He left the road to the left and hit a tree.
A life can end in an instant. The loss lasts forever. Mason had a zest for life.

Goodbye Mason. You will be missed. 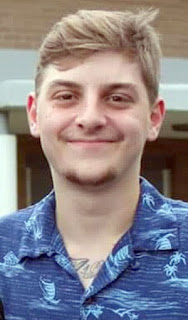 Posted by Thomas E Kimball at 3:05 PM No comments:

Thanks to the THSO and NHTSA for the support they give the Tennessee District Attorneys General Conference and the TSRP program.