A new report has analyzed drugged driving in America. It shows that we have four of the worst five counties in the country for fatal crashes involving depressants. Read the entire report at the link.

http://www.drugtreatment.com/expose/roadway-fatalities-drug-alcohol/
Posted by Thomas E Kimball at 7:57 AM No comments: Links to this post 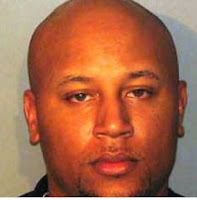 Davis Brooks has been sentenced by Judge Beasley in Memphis. On Christmas Eve 2011, he killed four women when he slammed into the back of their car and pushed it into a truck. Brooks had a .26 blood alcohol level.
http://www.myfoxal.com/story/29416019/man-who-pleaded-guilty-in-2011-christmas-eve-crash-sentenced#
The women killed by this impaired driver were:
Tarla Fisher, 42
Marjorie Tucker, 42
Crystal Hill, 26 and
Shirley Watkins, 44 all from Memphis

Severely injured were James Reece, 25 and Luke McElravey, 24 of Millington.

The primary prosecutor in this case was Michael McCusker. Deputy Duvall of the Shelby County Sheriff's Department was the investigating officer.

Posted by Thomas E Kimball at 11:00 AM No comments: Links to this post

Thanks to the THSO and NHTSA for the support they give the Tennessee District Attorneys General Conference and the TSRP program.